“Our Wavecraft vessels are unique as they are heave compensated and probably the most efficient crew transfer vessels in the world. They can transfer personnel in wave heights up to 2.5 metres and are capable of 40-45 knots service speed. World Marine Offshore (WMO) and Ørsted are the most experienced users of these air-cushioned catamarans. To receive further orders from the companies who are most familiar with this vessel type confirms their confidence in the vessels’ performance and quality,” says Tom Harald Svennevig, CEO of Umoe Mandal.

Upon completion, the two newbuild vessels will enter service for Ørsted on wind farms located on UK’s east coast. Both vessels will be delivered from Umoe Mandal in 2023.

Mikkel Windolf, Senior Product Innovation Manager at Ørsted, comments: “Technology is constantly evolving and changing. However, vessel designs have remained relatively stable in the offshore wind business until now. The SES (Surface Effect Ships) design is for the specific sites where transit distance and time suits. The SES vessel is signalling a change for the offshore market to move towards more specialised product that is aimed at solving unique challenges.”

The two existing vessels, which were also built by Umoe Mandal, have been in service in the offshore wind industry for several years and proved to be highly valuable assets for solving logistical challenges in demanding weather conditions.

“WMO has had the pleasure to be operating these unique vessels on behalf of the Umoe Group for several years, and we have seen the unique performances these vessels offer to the offshore wind industry. Feedback from offshore wind farm owners has been excellent. We have worked together with Umoe Mandal for a long time to meet Ørsted’s requirements for their UK east coast operation, and we are proud to see that WMO and Wavecraft Sprinter 28 is selected for this contract, said Hans Schneider, CEO of WMO.

All Wavecraft™ vessels are based on an air-cushion catamaran design, which guarantees rapid transit time, excellent seakeeping and passenger comfort, superior fuel economy and reduced environmental footprint. They are built in composite sandwich materials that enables up to 20-30 percent lower fuel consumption than for example aluminium vessels, with associated reduced emission levels.

“The combination of 40-45 knots operating speed and our boarding control system means that wind farm operators can get a substantially higher number of operating hours out of every offshore technician. Not only do we cut the transit and infield sailing time by half versus traditional CTVs, but we also increase the operating window significantly. With offshore wind farms moving further offshore, often in rougher seas, we believe the industry is ready for a new generation of high-performance crew transfer vessels,” adds Tom Harald Svennevig.

The Wavecraft™ vessels of the Sprinter 28 design is 27.5 metres long and 10.4 metres wide. It carries up to 24 passengers, plus four crew. 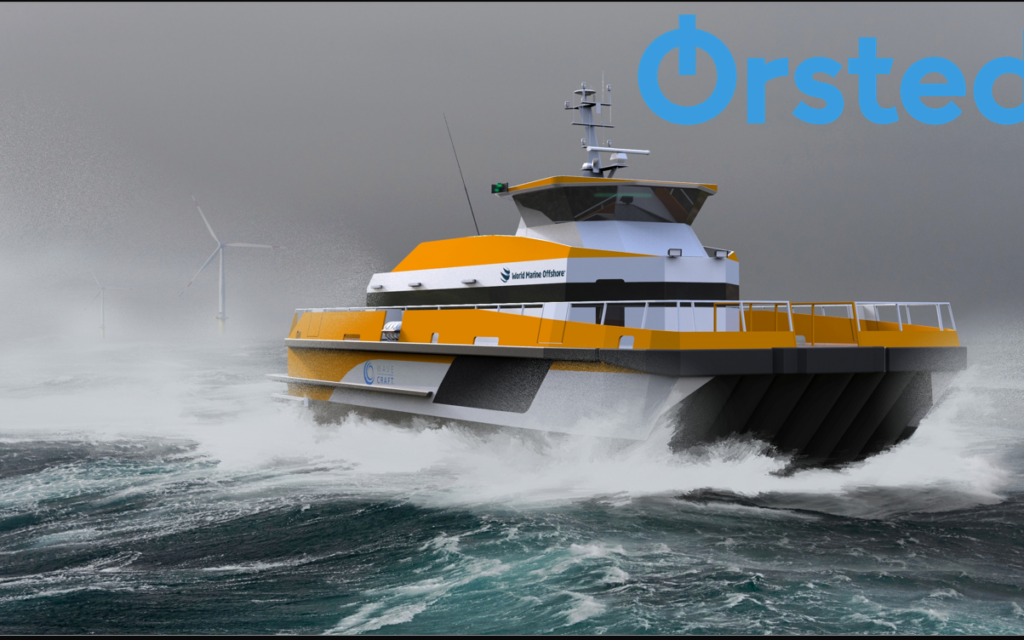 Mikkel Windolf, Senior Product Innovation Manager at Orsted: “Technology is constantly evolving and changing. However, vessel designs have remained relatively stable in the offshore wind business until now. The SES… 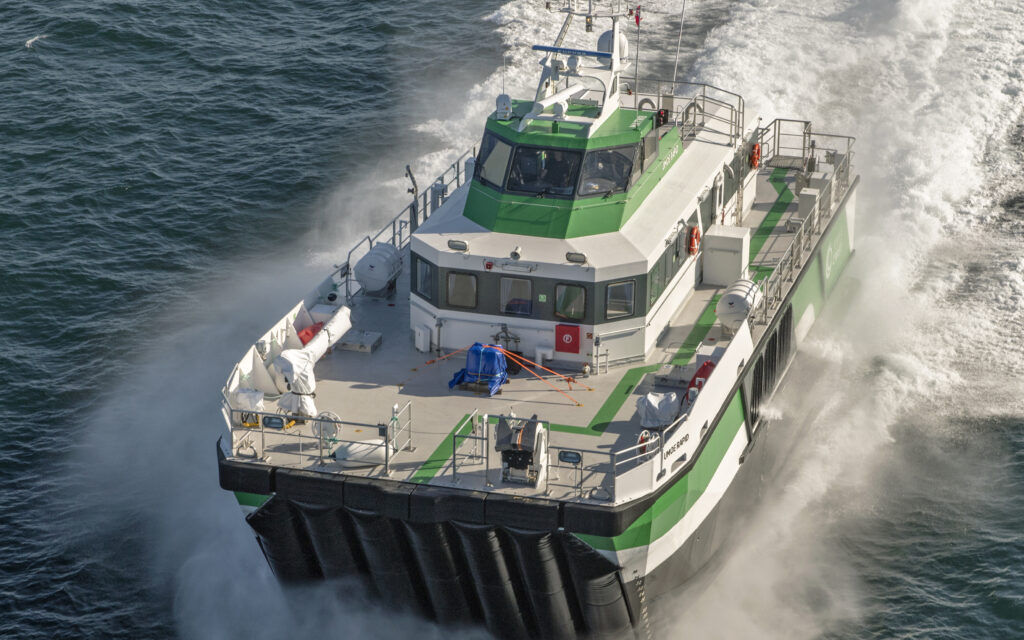 We are pleased that Umoe Rapid has returned on a new charter on the Ørsted operated Borselle 1 & 2 windfarm after a 7 months absent. We are confident that… 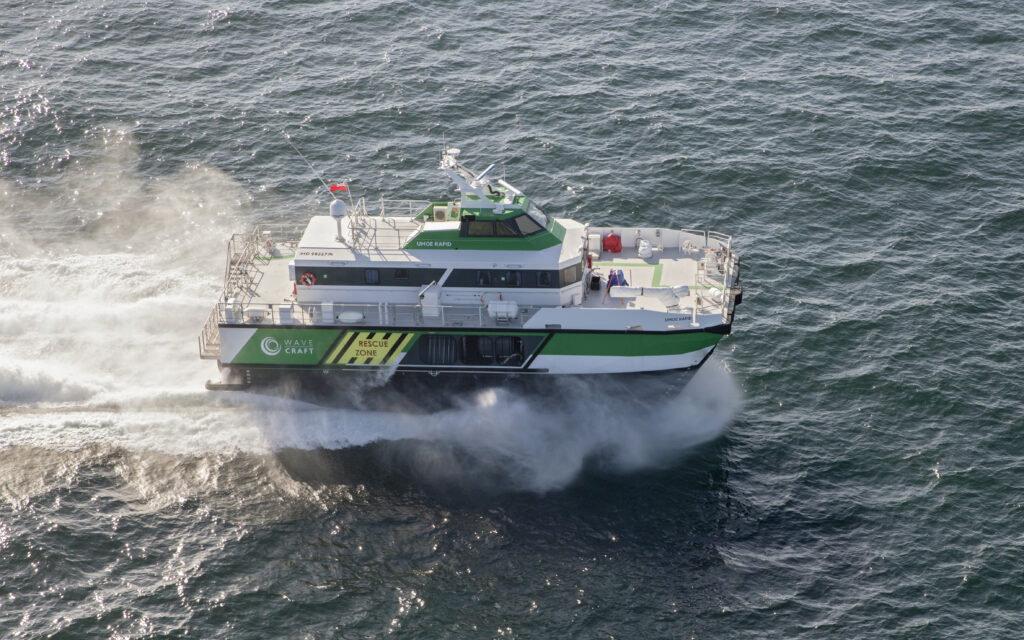 We have been busy!

We are proude to announce that Umoe Rapid has reached a milestone – making the incredible sailed distance of 5 times around the globe in only 5 years. On the…

“Ørsted (former Dong Energy) is currently testing a hybrid between a hovercraft and a catamaran, called a “Surface Effect Ship” between Esbjerg Port and Horns Rev 2. With a max…